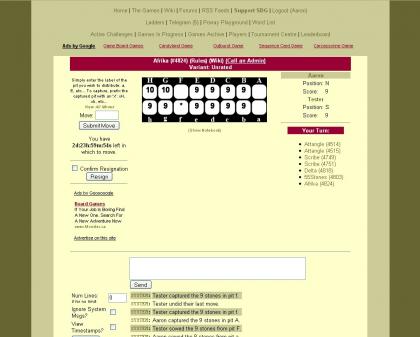 Afrika has a distinctive Draughts-like feeling because of its forced winning combinations.