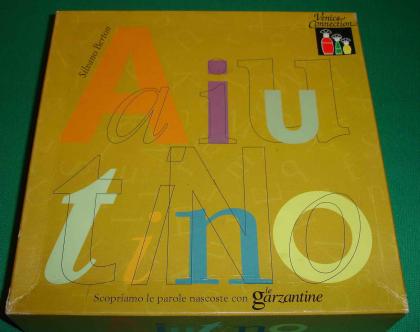 Party game where each player secretly selects 6 words among tens listed on the Argument card received at game start. Then at his own turn, the player starts to show just the first letter of each word. Other players secretly write down their guess, then the second letter is revealed, then third and fourths ones. Points are assigned depending on which round (1 to 4 letters revealed) you have written the right word.