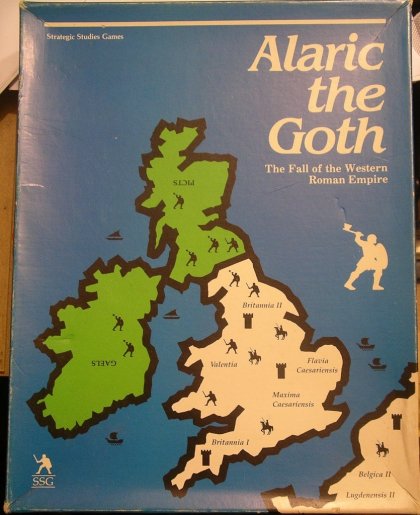 Alaric the Goth is a grand strategic game of the Barbarian invasions of the Western Roman Empire during the Fourth and Fifth centuries A.D. The game is abstract and is not a direct simulation. Can be played solitaire by playing the Romans and defending against the oncoming hordes, led by Alaric, the man who finally brought about the fall of the Roman Empire.&#10;&#10;Can be combined with Attila the Hun: The Roman Empire in the East which simulates the barabarian invasions of the Eastern Roman Empire.&#10;&#10;