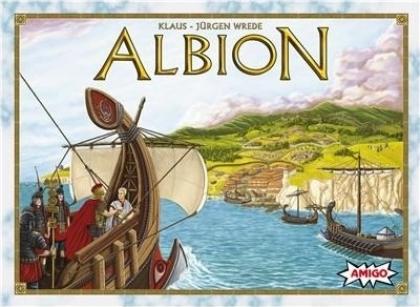 Being almost at the top of its power, the Roman Empire plans to conquer the British Isles, also known as Albion in those times.

To be successful in the game, the players have to cleverly choose their settlements, castles and fortifications as well as carefully plan the development of these. They have to balance the different resources, their defence and the number of nobles and legionnaires. In fact, all of those are necessary, but the different choices have to be carefully timed.

The game is won by the player who accomplishes to fully develop three settlements.