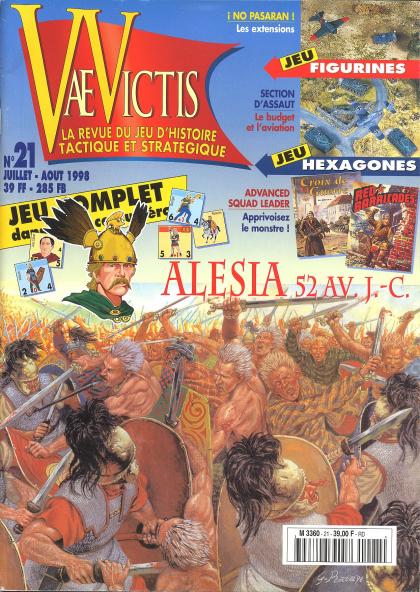 Alésia, 52 Av. J.-C.: César contre Vercingétorix (Alesia, 52 BC: Caesar against Vercingetorix) covers the battle of Alesia, Caesar's siege of the Gauls in 52 BC. This game can be played by two players (Romans and Gauls) or by three, where the third player represents the Gallic relief force. Turns represent ninety minutes of daylight or two hours of nighttime; units represent Gallic tribes or Roman legions (which can be split into cohorts so as to better cover the walls).

As with all Vae Victis games, the counters need to be cut out and mounted. The rules are entirely in French, although translations are available online.