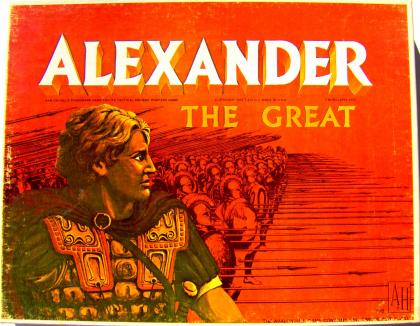 Macedonians vs. Persians in the climactic battle at Gaugamela.

Alexander The Great is a medium complexity wargame recreating an ancient battle on the plain of Gaugamela in 331 B.C. Players take on the roles of Alexander the Great and King Darius III as the Macedonian army clashes with the Persian Host.

Movement is hex based. Unit types include basic infantry, phalanxes, cavalry, chariots and elephants. The turn sequence is movement, defensive fire and melee. Combat is a dice roll cross-referenced on a probability table. A sliding morale track determines which table will be used for combat resolution.