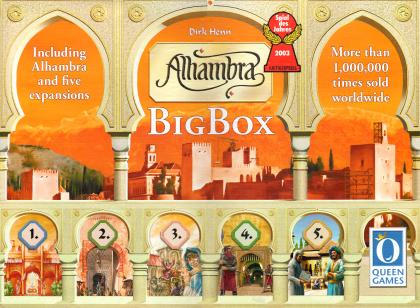 One big box containing the Alhambra base game plus all five of its current expansions. Its packaging is designed to store the expansions separately.