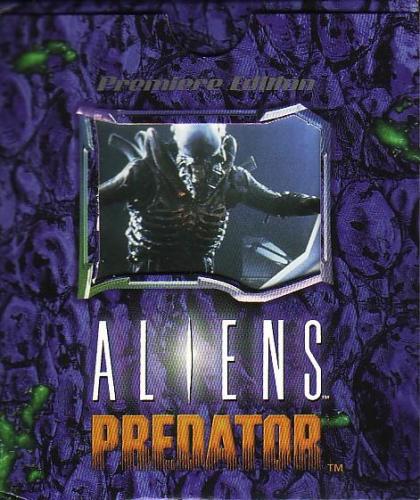 A collectible card game set in the worlds of the Aliens and Predator films. From the starter box: "Enjoy the deadly competition between three very dangerous species. Defend humanity as the Colonial Marines, search for prey as the master hunter Predator, or live to breed as the Hive-building Alien."

The game was sold in starter decks (for Aliens, Predators, or Colonial Marines) which included 60 cards, one die, one token sheet, plus a rule book. Cards were also sold in 15 card booster packs.