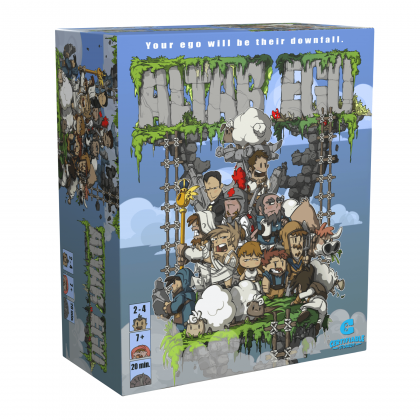 Through divine dexterity and resource (mis)management, it&rsquo;s up to you to convince villagers to ignore all those other pesky gods and build you the greatest altar the world has ever seen. Y'know...or else.&#10;&#10;During a round, one player will roll the dice. Each player, beginning with the one who rolled, must claim one of those dice and may take an action (not necessarily in that order). During your turn, you&rsquo;ll vie to make your altar the greatest by building on your altar and recruiting villagers, all while trying to sabotage other players&rsquo; efforts to build and recruit.&#10;&#10;Once a player&rsquo;s altar collapses or enough chapters are collected by either a player or the kingdom, the player with the greatest altar wins!&#10;&#10;