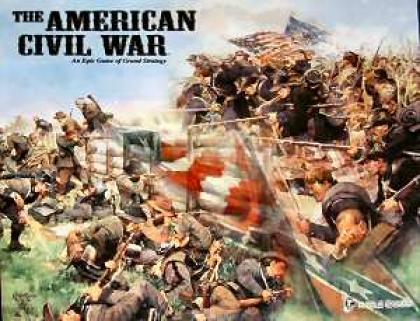 The American Civil War is a game of grand strategy and tactical battles during the epic struggle that divided the United States. The players take control of the war effort of the North as they attempt to save the Union, or the South as they attempt to gain independence for the Confederacy. They can lead armies into battle, build their navy, emancipate the slaves, enact conscription, or attempt to influence European involvement in the struggle to tip the balance. Re-fight the war, and change the course of history.