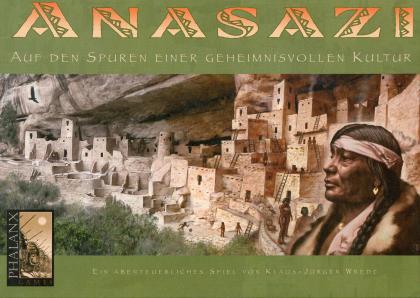 The four Anasazi tribes lived in the middle-west of America and mainly built their settlements into the walls of canyons. It is still not known why they suddenly left them in the 13th century.
Only later on were the settlements and treasuries discovered by expeditions because most of them were hidden and difficult to find.
The players take part in various expeditions and try to discover the treasuries and settlements of the Anasazi.