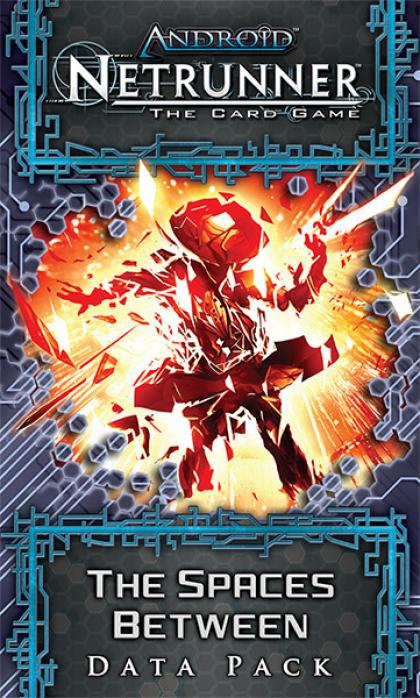 Android: Netrunner – The Spaces Between

"All code is just input designed to process output. Used properly, lag is static, and static is another form of code."
–Tori Hanzo

The Spaces Between, the second Data Pack in the "Lunar Cycle" for Android: Netrunner, continues to reestablish the game's cyberstruggles amid the moon's reduced gravity, recycled air, and corporate-sponsored colonies, simultaneously re-examining one of the game's fundamental conceits: What happens to events and operations after they're played? Events and operations represent a variety of ephemeral processes that occur both in the meat world and the virtual one. When they hit the discard pile, do their impacts just disappear? Or if they transmit signals into space, might their echoes ever linger, gain a sort of permanence in their repetition, and impact future events?

The sixty new cards from The Spaces Between (three copies each of twenty different cards), re-examine the essential natures of the game's events and operations, and every faction gains a new current, an event or operation that isn't immediately resolved and discarded after it's played, but continues to reside in the data streams somewhere between a state of transience and a state of permanence.