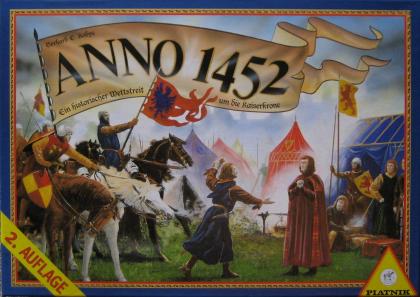 A game about the consolidating of power in the Holy Roman Empire in 1452. Players attempt to gain victory points through a variety of sources. In a system that has similarities to El Grande, players have a limited number of actions each turn to place resources into territories on a map. Going beyond El Grande, the game provides several different types of resources to manage and also gives players several different ways of undermining other players' positions.

One element that stands out is a balancing mechanism where the weakest player each turn is crowned king and is given several benefits. The weak player then has a strong military advantage in getting a better position in the game.