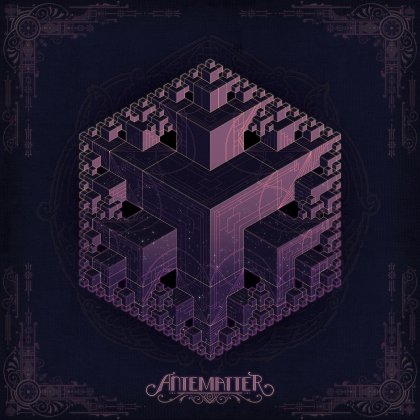 Antematter is the first and only poker strategy board game. 3-6 players enter a lore rich universe and take command of a unique crew of spacefarers, each vying to plunder, smuggle, gamble and bluff their way to supremacy. Featuring a blend of Texas Hold &lsquo;Em poker and strategy gaming, Antematter is a true genre-buster with something for everyone.&#10;&#10;Players choose one of six crews to command. Each crew has its own deck of &quot;crew cards,&quot; which can be used in game to gain advantages on your opponents (more on that later). Each round of play is divided into loot and poker phases. During the loot phase, players maneuver their three ships around the board, collecting salvage and cargo as they go. Once everyone has moved, players have the opportunity to further their ill gotten gains with a round of Texas hold 'em.&#10;&#10;First player to 4,000 credits wins.&#10;&#10;&mdash;description from the designer&#10;&#10;