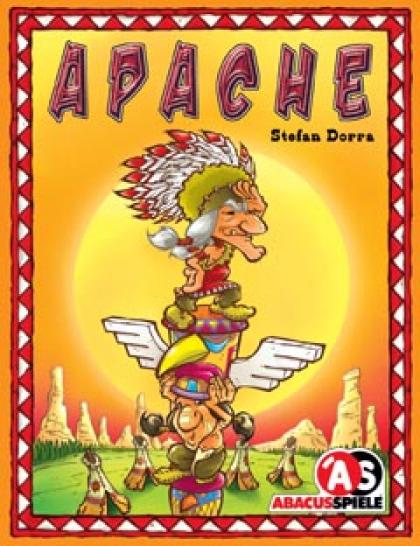 Each player controls a small Indian tribe, made up of Hunters, Maidens, Warriors and Chiefs. The Indians want to claim as much booty as possible. So the Hunter, for example, keeps an eye out for buffalo, while the Maiden collects necklaces etc.

After the last prairie card has been revealed, all players have one last chance to try and claim booty.
Thereafter, the game is over. Each player counts the cards in his victory pile. The player with the most cards wins.