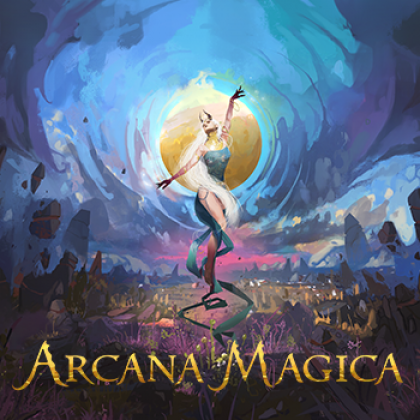 &quot;Arcana Magica&quot; is a card/dice game that uses a Poker deck and the cards from the Tarot Major Arcana (the full standard Tarot deck) along with five symmetric dice.&#10;&#10;Players use the Poker playing deck from their hand to Summon Tarot Units and Activate them to Attack opponents. Based on the Roman symbols on top of Tarot cards they roll different dice attacking the opponents armies.&#10;&#10;It's about a 60 minute game that requires just the two decks and 5 dice and could be played anywhere between 2 to 4 people.&#10;&#10;If you want to experience the full beauty of Arcana Magica you can purchase the decks at the official website and roll the needed dice using a helper web-app done by the creators.&#10;&#10;