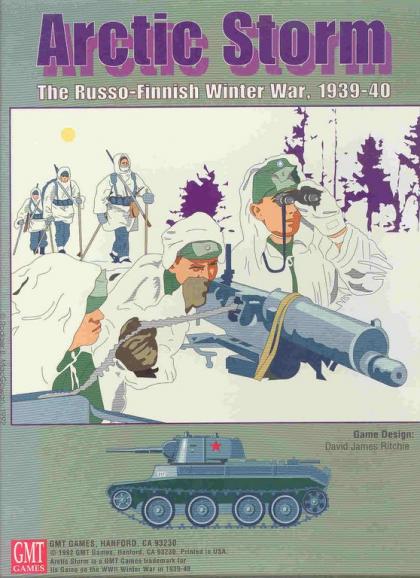 Arctic Storm: The Russo-Finnish Winter War, 1939-40, is a regimental/divisional scale game simulating the war between Finland and the Soviet Union in the winter of 1939-40.

On 30 November 1939, the Soviet Union's powerful Red Army invaded the tiny nation of Finland. The entire world, including the watching Germans, expected the war to end in a crushing Soviet victory in a manner or weeks, if not days. But the Finns resisted bitterly and managed, by dint of incredible courage and masterful improvisation, to inflict a string of humiliating defeats on the invaders. Instead of a Soviet victory march, the Soviet Union found itself unexpectedly involved in a serious struggle with implications for its future survival. That struggle has gone down in history as the Winter War.