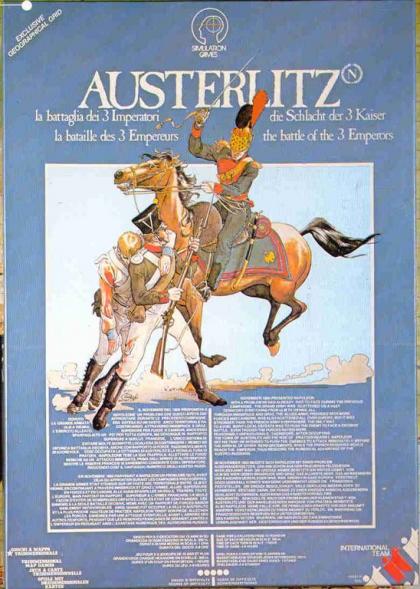 This is the reconstruction of the great Napoleonic battle on the new grid of hexagons and squares, on a three dimensional map. The rules are the amplification and development of those used in “Jena” and “Waterloo”, which were a bit simpler, including the addition of new elements such as Dragoons and the differentiated capacities of the various commanding officers.

Pieces in matte finish cardboard, cut and printed on both sides.
Board in rigid, thick cardboard plastic with a matte plastic finish, cut in 5 pieces.
Cardboard tables to determine the results of combat and artillery fire.
Calendar showing the entry of forces which were not present at the beginning of the game.
Relief sections in rigid, thick cardboard to be used to create the three-dimensionality of the terrain.
Training table.
Rule booklet in 4 languages with examples.
Plastic storage tray and dice.