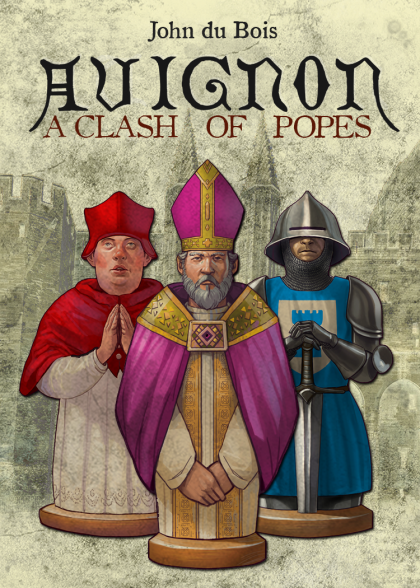 Avignon: A Clash of Popes

Avignon is a quick influence manipulation card game in which the two players are rival candidates for Pope in the 14th century. Players gain influence by petitioning members of the medieval Church, such as Cardinals, Nobles, and Knights, and using the characters' unique powers to pull the character cards over to their side of the table (their congregation), or force an opponent to push cards towards them. The first player to get three characters into their congregation wins.&#10;&#10;