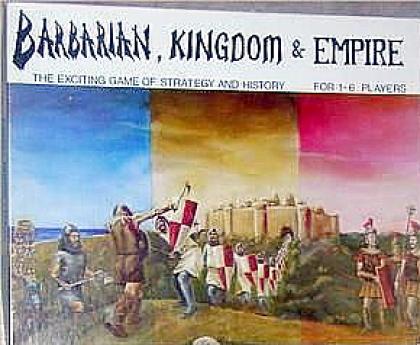 Players represent barbarian hordes who sweep down from the steppes to overwhelm the remnants of the Roman Empire and then build strong expansionistic kingdoms among the ruins. These kingdoms grow into empires which become rich, corrupt, and the target of new waves of barbarian invaders. Being defeated is not the end of the game, as players may return to the fringes of civilization to amass a new horde of Huns or Germans. The unique play mechanism allows players to enter or exit at any time without disrupting the play or the victory conditions. Players may create their own history or play one of the many included historical scenarios set in the ancient and early medieval Mediterranean world.