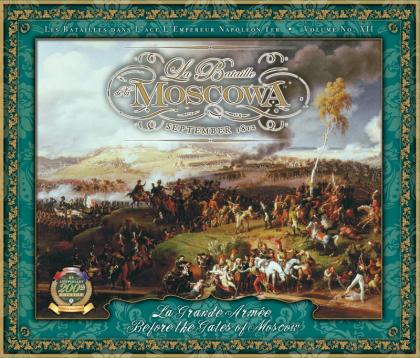 This is the new, 3rd edition of the venerable La Bataille de la Moscowa, the wargame that introduced "monster" as a genre in the hobby. Napoleon's battle near Moscow; September 5th to the 7th, 1812. Serried ranks of French and Russians clash on a narrow field where more than 1000 guns thunder and tear asunder man and beast. It was the single bloodiest day of battle up until WWI.