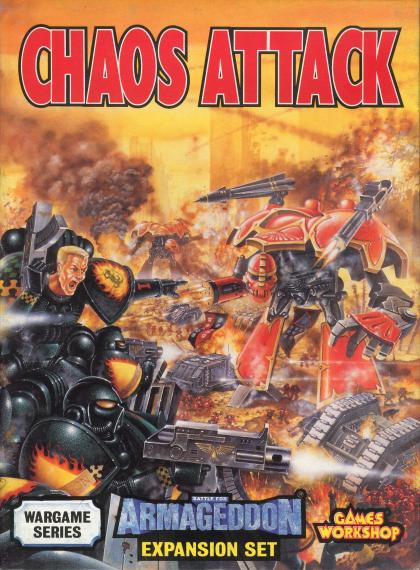 Chaos Attack is an expansion for the Battle for Armageddon game. The expansion adds new rules and counters to the original game, and also provides an alternate setting that depicts chaos invasion that took place on the planet centuries before the Orks even touched the planet.

The game allows for 2 new Orc Clans, alternate rules for Squats and Inquisitors instead of Space Marines and an entire set of play cards and unit tokens for playing as the invading Chaos forces.

Games Workshop re-released the game as a free download during the 2000 "Third War for Armageddon" worldwide campaign event. The re-release of the board game (and it's parent game, Battle for Armageddon) was available for free. However, as of December 2008, the link is dead as a result of GW's website redesign.