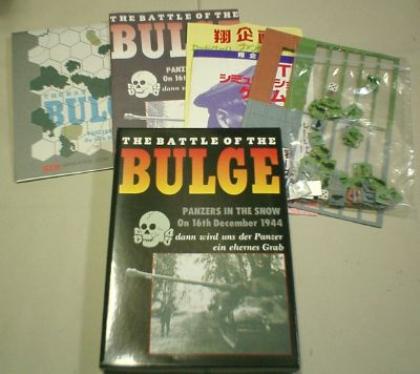 Battle of the Bulge

This is a Japanese wargame about the Battle of the Bulge 1944.
It was mostly called "SS Bulge" because there are many games of the same name.

This game was firstly published as one of the SS(Small size war Simulation) series in 1990.
Republished in Command Magazine Japan #46 in 2002, along with D-Day.

Voti e commenti per Battle of the Bulge