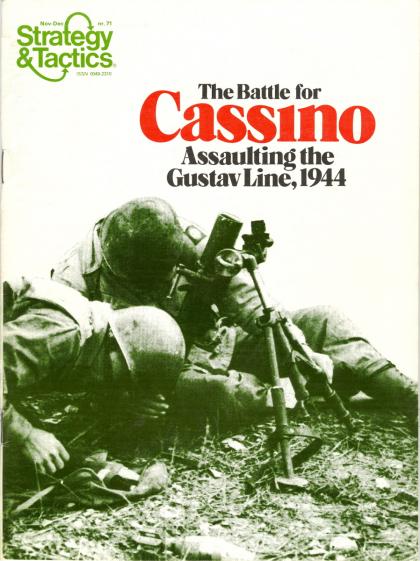 The Battle for Cassino: Assaulting the Gustav Line, 1944

The Battle for Cassino: Assaulting the Gustav Line, 1944, is a two-player company/platoon level simulation of the third Allied attack on the German Gustav Line around Cassino which occurred in March, 1944. The game was first published in Strategy & Tactics magazine #71.

The game makes extensive use of Artillery and, because Cassino Abbey was at the top of a hill, there are extensive elevation and line-of-sight rules.