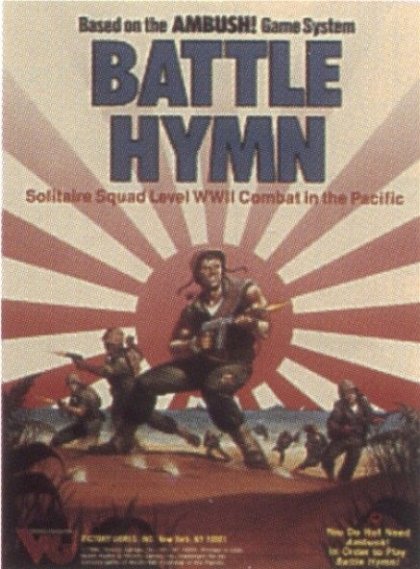 Battle Hymn is a solitaire game of combat, adventure, and heroism in the Pacific during World War II. Using the revolutionary programmed paragraph approach pioneered in the Ambush! game system, Battle Hymn gives you a squad of American Marines and challenges you to fight your way through a variety of Missions against a deceptive and ever-changing Japanese foe. Unexpected events and innumerable tactical options offer virtually endless solitaire enjoyment, and the easily learned rules start even relatively inexperienced players on their first Mission quickly. Select you squad, arm them, and choose their Mission. Move your men out, advancing them as you wish, until something triggers an Event - until a peaceful walk in the steaming jungle turns out to be a fight for your life!&#10;&#10;