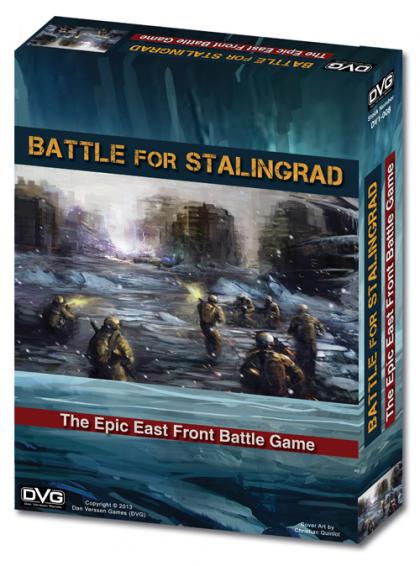 The Battle for Stalingrad lasted 200 days, from July 17, 1942 to February 2, 1943. Hitler himself had ordered the capture of the key Soviet city, and his armies were determined to carry out his orders. Opposing the German armies were the civilians and armed forces of Russia. In desperate house-to-house fighting the two sides fought, bleed, and froze in the chilling Russian winter.&#10;&#10;The Battle For Stalingrad puts you in the rubble-strewn streets as the German forces fight through one block of the city after another. The only hope for both sides is to secure the city before they run out of blood and food.&#10;&#10;As the game unfolds, you'll see one section of the city after another ground into rubble by your ceaseless fighting. As the city deteriorates, the amount of supplies generated for your men decreases. Supplies are the lifeblood of your army. Without them, you cannot move or attack, and you'll suffer higher casualties in combat.&#10;&#10;In the end, you'll be scrambling through the ruins, as much in search of food as the enemy.&#10;&#10;