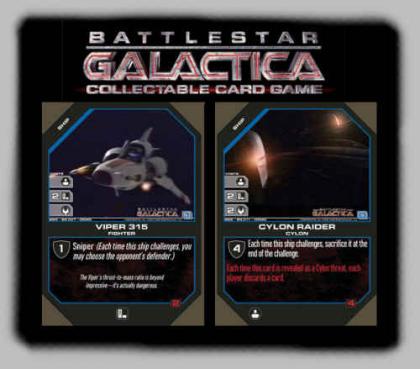 A collectible card game based on the SCI FI Channel series "Battlestar Galactica".

From the Press Release:

Game play will mirror the intrigue of the television show: Players won’t know whom to trust, who the Cylon agents are or where the next attack will come from! Players will battle for ownership of resources and influence in order to control the fleet.