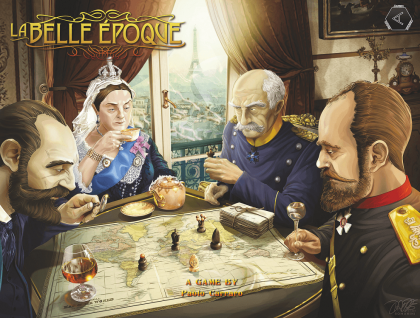 During the period between the &quot;French-Prussian Wars&quot; and the beginning of the &quot;First World War&quot;, Europe was pervaded by great optimism and incredible innovations both in science and arts.&#10;&#10;All European Powers took a dangerous path towards an open conflict by developing new weapons, by conquering the last free territories in Africa and Asia and by attempting to gain control of other countries across Europe!&#10;&#10;In &quot;La Belle &Eacute;poque&quot; Central Empires, France, Great Britain and Russia will ruthlessly compete with each other to gain supremacy over the others in an escalation of tension that will lead Europe to World War One !&#10;&#10;