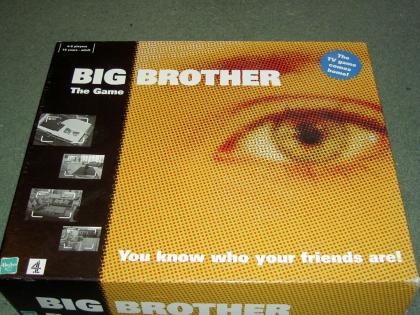 Just like the residents in the Big Brother house, the players in Big Brother-The Game try to be the last one left in the game.

On subsequent turns, player roll the dice and move around the board collecting cards and casting ballots. Confrontations frequently develop as written on the cards. Players determine who should be voted out based the negative outcomes on the cards. Landing in different rooms of the house (on the board) grants players different powers.
The voted out players continue to vote on other events. The player left standing at the end wins.