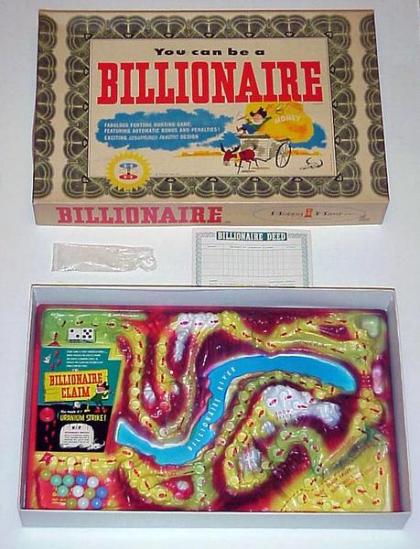 Long before Parker Brothers came out with its Billionaire game, a company in Minnesota called Happy Hour, Inc. came up with its own distinctive version of a Billionaire game. In this 1950's Howard Hanson design, the players race to move their marbles over a 3-D board in a dash to a Uranium Strike. Short cuts and pitfalls lie ahead to both aid and hinder the players in their race. Each marble that successfully registers a Uranium Strike is scored and started over on the board; each marble that falls into Dead Man's Gulch is trapped and lost. The game ends when only one player has any marbles left. High score wins.