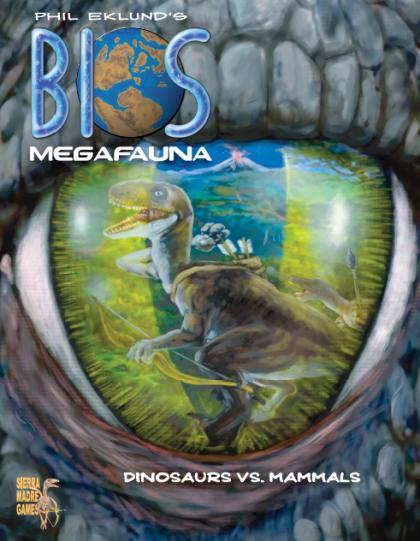 In Bios: Megafauna, a reworking of Phil Eklund's own American Megafauna, players start as proto-dinosaurs or proto-mammals, starting in the post-holocaust world of the Permian catastrophe. Animals are tracked by dentition, size, aggressiveness, swiftness, browsing, grazing, burrowing, swimming, behavior, and insect-eating. Plants and animals that have gone extinct are collected in an area on the map called the tarpits. These tiles are distributed among the most populous players as victory points during four scoring rounds.