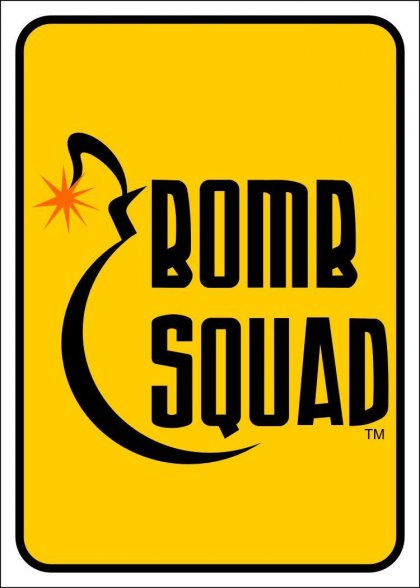 In Bomb Squad, players take on the rolls of technicians, disarming an explosive device. Just like the movies, there's a bunch of wires and you don't know which one to cut. At the beginning of the game, one wire is removed from the deck and is the solution to the final puzzle. During a turn, players play Stress cards on each other trying their nerves and each round the player with the least amount of stress gets to see the remaining Wire's dealt that round and has an opportunity to guess. If no one guesses correctly after the third time through the deck, everyone loses as the bomb explodes.