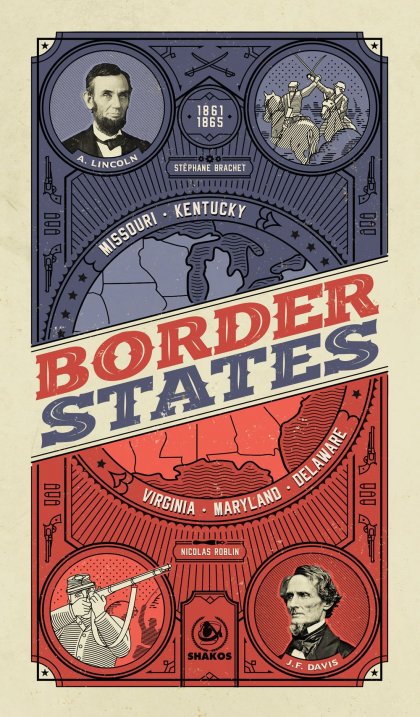 1861. The American Civil War erupts. The Union, led by Abraham Lincoln, is opposed to the Confederacy of Jefferson F. Davis. In the midst of this conflict, 5 slaves states, called the Border States (Delaware, Kentucky, Maryland, Missouri and West Virginia), are torn between abolitionists and slavers. They are the ones who can change the outcome of the war.&#10;&#10;Border States is a tactical game for 2 players where each player takes control of one side. You will have to fight battles and win crushing victories in order to influence the Border States and try to rally them to your side. Bluffing and guessing will be your best assets to lead your Generals to victory in around 45 minutes.&#10;&#10;There are two ways to win the game: control enough States markers to win by sudden death, or be the player with the most victory points at the end of the 5 turns.&#10;&#10;