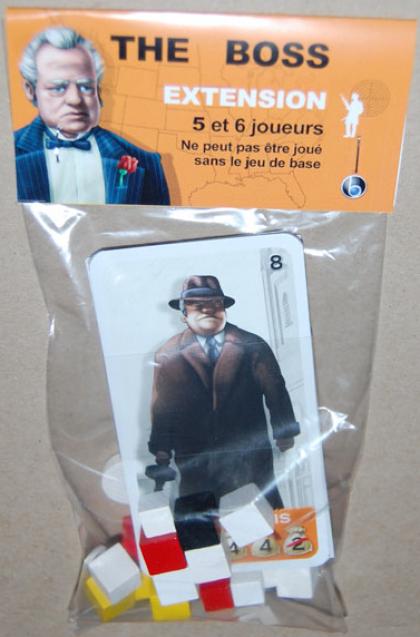 The Boss: 5-6 Player Expansion does exactly what you think you it would – allow for games of The Boss to includes up to six players. With five players, the game is played as in the original release, but with six players you compete in three teams of two instead of individually, creating a new atmosphere in the game.

The Boss: 5-6 Player Expansion also includes St. Louis as a new city, along with new cards for that city.

(one cube of each color is intended as a score marker replacing the cylinders found in the base game. A total of 10 cubes in the white, red, and yellow colors is required for the six player team game)

(A total of four cubes in the white, red, and yellow colors is required for the six player team game)