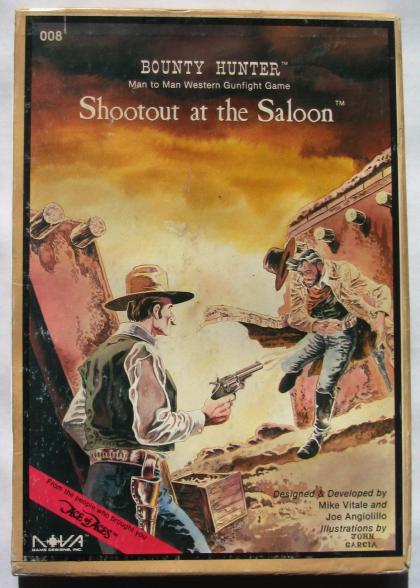 Bounty Hunter: Shootout at the Saloon

Bounty Hunter is an exciting, fast-paced, realistic re-creation of gunfights and robberies in the WILD WEST. Using the revolutionary stop-action picture book system of the award-winning Ace of Aces, Bounty Hunter contains two books, each with 290 views in and around the saloon of an old-time Wild West town.

With up to 18 possible moves each turn, you move your character to intercept your opponents and build skill and reputation for use in future games of Bounty Hunter. Keep track of your character as he gains money, becomes more famous and more skilled in his weapons. You will develop characters with stories to rival those of Jesse James, Wyatt Earp and Bat Masterson.

Voti e commenti per Bounty Hunter: Shootout at the Saloon