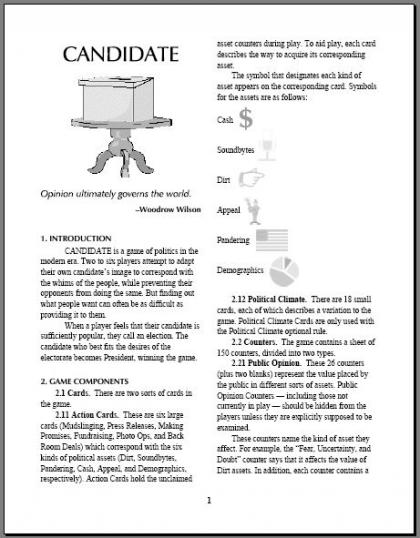 Candidate is a game of politics in the modern era. Two to six players attempt to adapt their own candidate's image to correspond with the whims of the people, while preventing their opponents from doing the same. But finding out what people want can often be as difficult as providing it to them.

When a player feels that their candidate is sufficiently popular, they call an election. The candidate who best fits the desires of the electorate becomes President, winning the game.