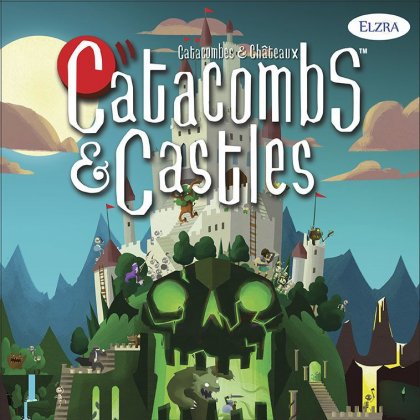 Catacombs and Castles is a standalone game featuring a &quot;Catacomb&quot; team of heroes vs a &quot;Castle&quot; team of heroes. The game serves as an introduction to the Catacombs world and dexterity game system, so it features simplified, fast game play with some new mechanisms.&#10;&#10;As in Catacombs, players flick pieces around a board to simulate combat, with cards and special powers dictating how you can move and attack.&#10;&#10;Catacombs and Castles supports up to eight players competitively (in &quot;Team Mode&quot;) and up to four co-operatively (players teamed against an 'Overseer' player called &quot;Boss Mode&quot;). The game is compatible with the third edition of Catacombs, serving as an expansion for that title with a new board, and will be compatible with the Catacombs: Wyverns of Wylemuir expansion.&#10;&#10;