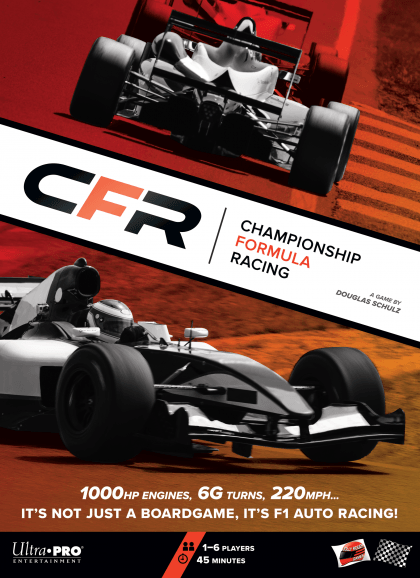 In 1971, John Reilly and Tom Divoll designed a racing game that relied purely on skill. Published by 3M, it was called Speed Circuit.&#10;&#10;Championship Formula Racing is a redesign and reimagining of that game. While skill remains paramount in car design (where players build a car's attributes for the race--start speed, acceleration, deceleration, top speed, and tires) and in running the race, the game has changed to include rules for:&#10;&#10;- new tracks (to allow a dozen cars to race competitively)&#10;- drone cars to fill out a race field (up to 12 cars in a field now) which will race competitively&#10;- historical racers&#10;- rules for differing types of tires and pitting&#10;- eliminate the need for a speed log, using a more modern system of record-keeping in its place&#10;&#10;