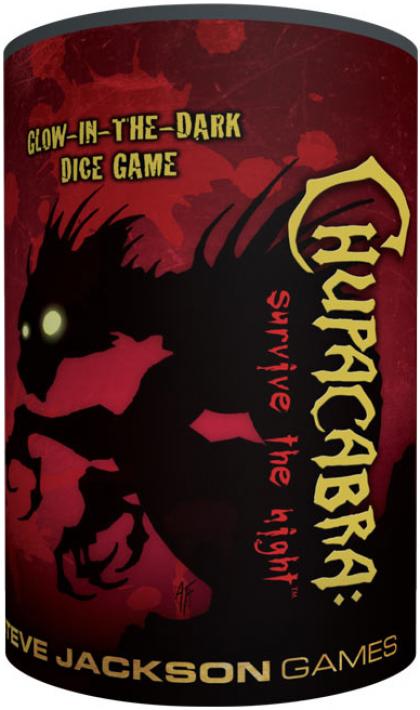 Turn out the lights and try to be the last mammal standing in this survival dice game based on Latin American folklore. Can you survive the night?

In Chupacabra: Survive the Night, which includes 24 glow-in-the-dark dice, each player rolls six dice at the start of the game and uses their rolled Chupacabra to steal other players' chickens, goats, and bulls. One Chupacabra can capture up to two chickens or one goat, and two Chupacabra can capture a bull – but animal packs are immune to Chupacabra so be sure to roll a lot of the same animal! (As if you have the power to control your dice rolls...)

When a player rolls all Chupacabras, he becomes "Chupacabra Loco" and can capture all of one type of another animal from a player.