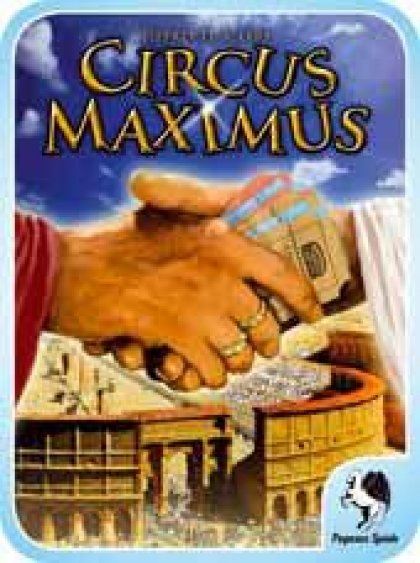 In 2nd Century Rome, the people were offered plenty of entertainment options: chariot races in the Circus Maximus, dramatic performances in the Pompeius Theater, gladiatorial battles in the Colosseum—visitors flocked to these events, clamoring to get in to experience the excitement. Especially in demand were seats in the section next to Caesar’s box, offering the best view. But these seats were not cheap to obtain and could only be bought by knowing the right people. The black market boomed! Each of the 3-5 players is leader of a gang of black market traders, who try to get the best tickets themselves so that they can make a hefty profit hawking them to wealthy tourists and senators. But each of the other gangs wants to enlarge its piece of the black market and supplant its rivals. Who can find the right tactics to make the most cash for the least effort? The players send their traders to Caesar’s villa to obtain favors. Afterwards they try to buy the most lucrative tickets at the Forum Romanum. And finally, the traders race to the three venues to sell their tickets to the wealthiest visitor. After 3 days of events, the player with the most coins wins the game.