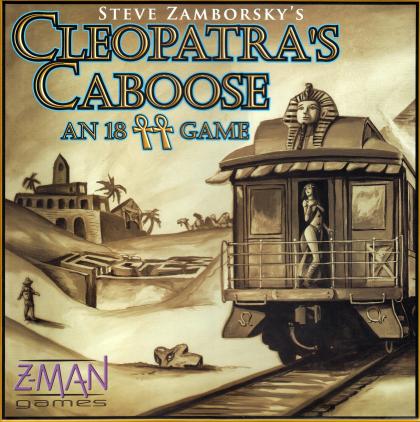 Cleopatra's Caboose is a train game for 3 to 5 players that's based in Ancient Egypt. Each turn, players bid for the right to utilize a game designer of their choosing which denotes both the turn order and a special ability that can be used that turn.

Players construct tracks, ship fruits to cities that need them, construct buildings for victory points and to improve a city's status, and build pyramids to make a city more prestigious. Be careful, though; you have a limited amount of money and actions in which to accomplish your goals! Manage both wisely and become the Emperor of Ancient Egypt!