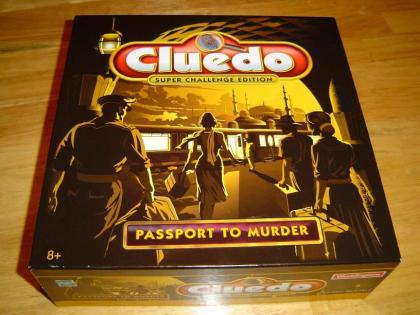 This version of Cluedo has the same game play mechanics as Super Cluedo Challenge. However, instead of taking place in the usual Cluedo mansion, the game takes place in a railway station in Istanbul.

The board depicts two station platforms and also a train which is positioned between them (clearly the Orient Express, although it is never named as such in the rules). As in Super Cluedo Challenge, there are now nine suspects, nine weapons and nine rooms.
Being a train station, the rooms include things such as Ticket Office, Lost Property and Kiosk. There are also a few rooms situated on the train such as the Dining Car and Engine Room.
The additional murder suspects are Miss Peach, Mr Brown and Earl Grey (changed from Mr Slate-Grey in Super Cluedo Challenge).
The additional murder weapons are an axe, a bottle of poison and a Blunderbuss.
This version of Cluedo has only been released in France, Italy, the UK and Spain.