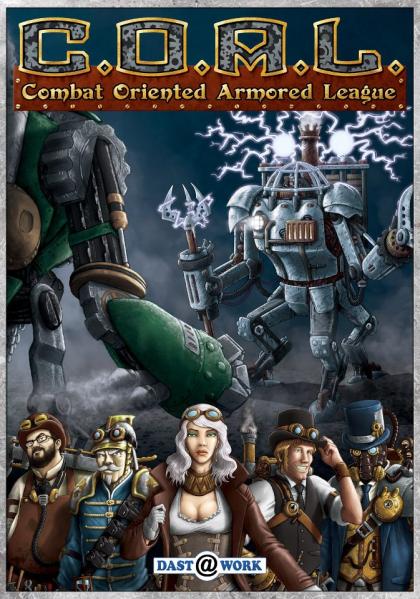 In a world in which computers have never been invented and coal is the most precious resource, a group of brave pilots board their armored steambots, take their place in the pilot seats of these 30-feet-tall, steam-powered fighting machines, and drive them into fierce arena battles.

This is C.O.A.L.: Combat-Oriented Armored League, a two- to four-player card game with a steampunk setting. C.O.A.L. uses an original game mechanism that combines resource management, bluffing, and memory to simulate the heat of a real battle. The game includes four steambot models – each with its own features, attacks, and defensive maneuvers – and eight different pilots, which have special piloting abilities of their own.