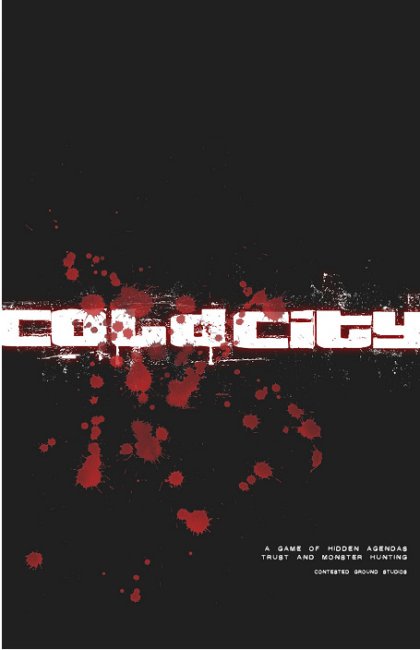 "As the Cold War rages in the full glare of the world media, the Underground War is fought in ruined bunkers, dank tunnels, building sites, and bombed out apartment blocks.

In the divided city of Berlin, the Reserve Police Agency hunts down monsters left over from sinister experiments and twisted technology. Things from beyond our space and time, strange creatures altered by bizarre machines, the decayed corpses of undead soldiers, things that hide in the darkness.

But the Reserve Police Agency itself is riven by suspicion, mistrust and political ambition. The four occupying powers of Britain, France, the USA and the USSR all see the need for the RPA, all contribute personnel, all have their own agendas.

In 'Cold City' you take the role of a member of the RPA, those secretive Cold War monster hunters. Characters are defined not just by who they are and what they are like, but by the views of the other characters and the trust that they have in them. For each character is, at the outset, seen as a national stereotype, a cliched representative of their chosen nation. But is this really the case? Do they live up to the stereotype or do they show themselves to be wholly unique individuals? And how does this affect the trust that the other character have in them?

'Cold City' is written by Malcolm Craig (a|state) and illustrated by Stuart Beel (SLA Industries, Changeling, Werewolf and many other RPGs and CCGs) and Paul Bourne (a|state, Cold City, Hot War and many others)."