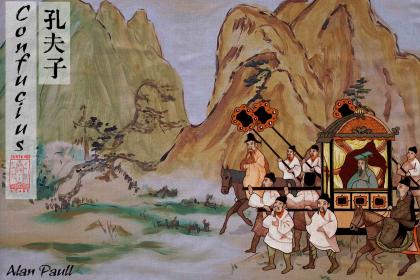 In the Celestial Empire of the Ming Dynasty the leading families vie with one another for political power and influence over the Imperial government. They do not compete by brazen force of arms, but within the confines of Confucian philosophy. Subtle influence is wielded, gifts are given and received, setting up a network of relationships that will lead one family to dominate the government under a benign Emperor. Players of Confucius participate in this discreet and delicate struggle for power. As well as influencing the three principal ministries of government, leadership of the great exploration and trading fleets will bring renown to the one who heads them, and glory attends the general leading invasions of foreign lands.