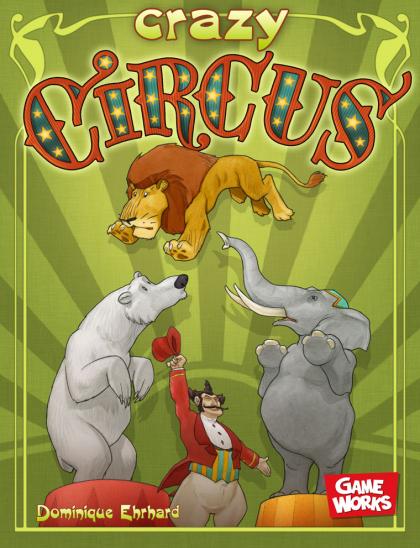 Crazy Circus – one of many names under which this design has been released – is a simultaneous puzzle solving game. Three animals stand on two platforms, and you are trying to change their configuration to match a target card by issuing commands like "Ma", which moves the bottom animal on one platform to the top, or "Ni" which swaps the top two animals on the two platforms. As a result, the game is a race to shout out multi-syllable commands such as the eponymous "MaNiKi", or "LoNiMaSo". The first player to do so correctly wins the target card, and whoever collects the most cards wins!