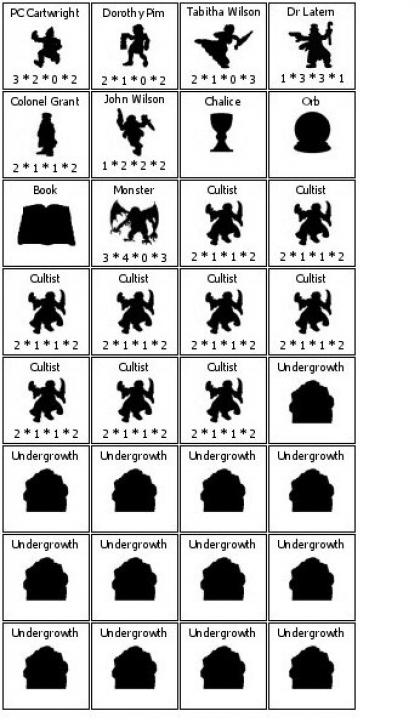 "In 1924 middle England at the residence of an esteemed occult collector, a Mr John Wilson, a murder was discovered. John had been in the middle of a dinner party with some good friends when his wife screamed from the garden. Tabitha Wilson had been taking a walk for some after dinner air when she came across the remains of the gardener. The poor man had been decapitated and eviscerated on the lawn.

"The Police were called to the scene and the investigation begun. Yet more horror was to come. A strange rustling noise came from the hedges at the end of the garden and it drew everyone's eyes. In a sudden rush men burst through the greenery each wielding a knife and screaming for blood.

"John's first thoughts were for the valuable occult Artefacts he had placed around the gardens pathways. He had been planning a tour of the gardens and his Artefacts as after-dinner entertainment. He rushed towards the oncoming fiends calling his friends to help. Suddenly the yelling interlopers fell silent and stepped aside and through their ranks stepped a huge fearsome betentacled thing..."