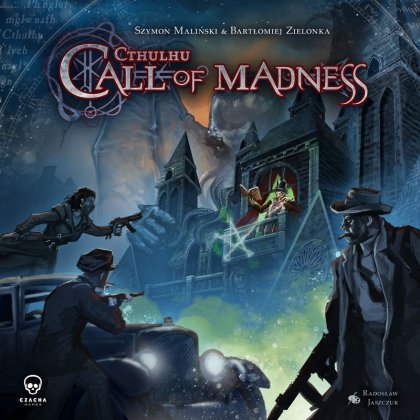 In this tower defense game you play as the priests of the Cthulhu cults who are trying to summon this Great Ancient One. However, it will not be so simple, because apart from the investigators themselves, you are also disturbed by other cults that strive for the same as you.&#10;&#10;Players sacrifice their cultists to gain the powers of the Ancient Ones, and to obtain their blessing. Each investigator is possessed by madness that strengthens his abilities. By defeating an investigator, players gain its essence, which in turn allows them to strengthen their actions.&#10;&#10;Fight, sacrifice cultists and destroy enemies, so that you have the honor of summoning the most famous god of works of Lovecraft, H. P. Lovecraft.&#10;&#10;&mdash;description from the designer&#10;&#10;