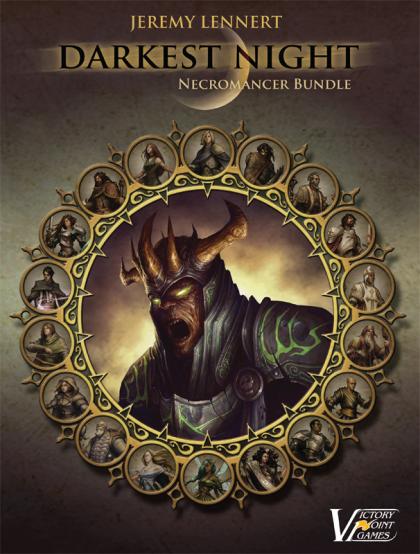 Darkest Night, by designer Jeremy Lennert, is a fully-cooperative board game for one to four players (up to six with variants), set in a kingdom broken under a necromancer’s shadow. Each player takes on the role of one of the kingdom’s last heroes (nine playable characters), each with a unique set of special abilities, just as they hatch a plan to save the realm.

The Necromancer Bundle contains the Darkest Night base game plus all of its current expansions and one promo.

Note: This item is only available for sale from the Victory Point Games website.