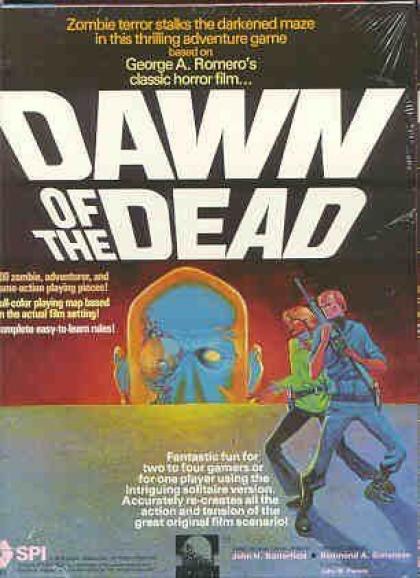 Dawn of the Dead

Dawn of the Dead (based on the classic 1978 horror film) can be played as a two-player game (humans vs. zombies), as a solitaire game, or as a cooperative game with two to four players controlling the human heroes. The game map represents the shopping mall from the movie. Cardboard counters signify the human characters and zombies. To win, the zombie player must kill any three characters; the human player must secure the mall by closing all four entrances and eliminating all zombies within.

Dawn of the Dead fan

Voti e commenti per Dawn of the Dead